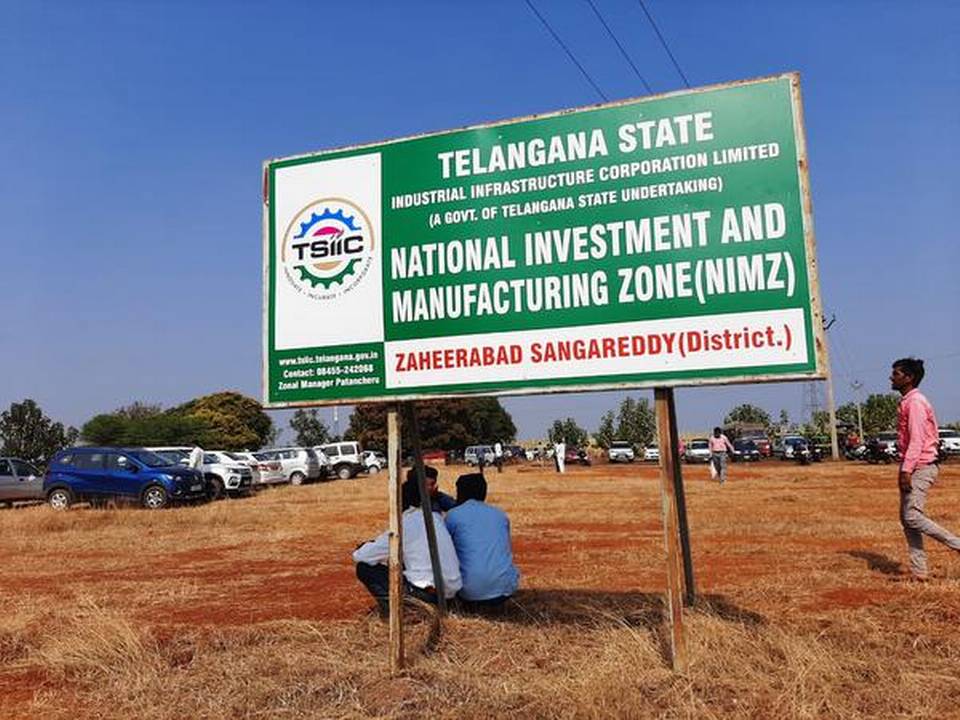 On Sunday Hyderabad-based defence manufacturing unit — VEM Technologies Limited — signed an agreement with the State government to establish an integrated defence factory at Yelgoi in Jharasangam mandal. This is the first private factory in India to make central fuselage for Light Combat Aircraft (LCA) Tejas being manufactured by Hindustan Aeronautics Limited (HAL).

The unit to be spread over 511 acres will be established with an investment of about ₹ 1,000 crore and the work is expected to be completed in the next five years. The facility will manufacture end-to-end next generation weapons system, including missiles, radars, fighter planes and helicopters. The industry is expected to provide employment to about 2,000 people.

Four months earlier, on June 24 electric vehicles manufacturing giant from United States — Triton — signed an agreement with the State government for setting up a manufacturing unit at Yelgoi. The company proposed to establish ultra-modern electric vehicles manufacturing unit at an estimated cost of ₹ 2100 crore. The company manufactures mini trucks, sedans, luxury SUVs and rickshaws. Once completed the Triton is expected to provide employment for about 25,000 persons. A team from Triton accompanied by the Telangana State Industrial Infrastructure Corporation (TSIIC) Vice-Chairman and Managing Director E.V. Narasimha Reddy visited Yelgoi recently to examine the area that was proposed to be allocated to them.

Yelgoi is one of the 17 villages in both Jharsangam and Nyalakal mandals that constitute the upcoming National Investment and Manufacturing Zone (NIMZ).

These two developments have attracted many and investment in land has been increasing. For instance the land rates, that was about ₹ 2 lakh and ₹ 3 lakh per acre in around Yelgoi, have sky-rocketed and one can see vehicles carrying investors from far off places at the registrations section of the Mandal Revenue Office. The present rate was put between ₹ 30 lakh per acre and ₹ 50 lakh per acre, depending on the location and access to the place. Several real estate ventures with huge boards have also sprung up near NIMZ.

“The government has recently revised the land rates and the current government rate is about ₹ 1.5 lakh per acre. But the market rate is about ₹ 30 lakh per acre,” said a revenue official on condition of anonymity. The TSIIC has proposed to lay a road from Zaheerabad to NIMZ connecting it directly with NH 65 (Hyderabad–Mumbai road). The State government has reportedly directed the officials to acquire the required land for the road and that it must be completed in the next one year.

Direct road from Zaheerabad to NIMZ via NH-65

Survey completed for 9.5-km road With activity picking up at the National Investment and Manufacturing Zone (NIMZ) near Zaheerabad in…
in thehindu.com Posted by nimz
April 2, 2021October 5, 2021